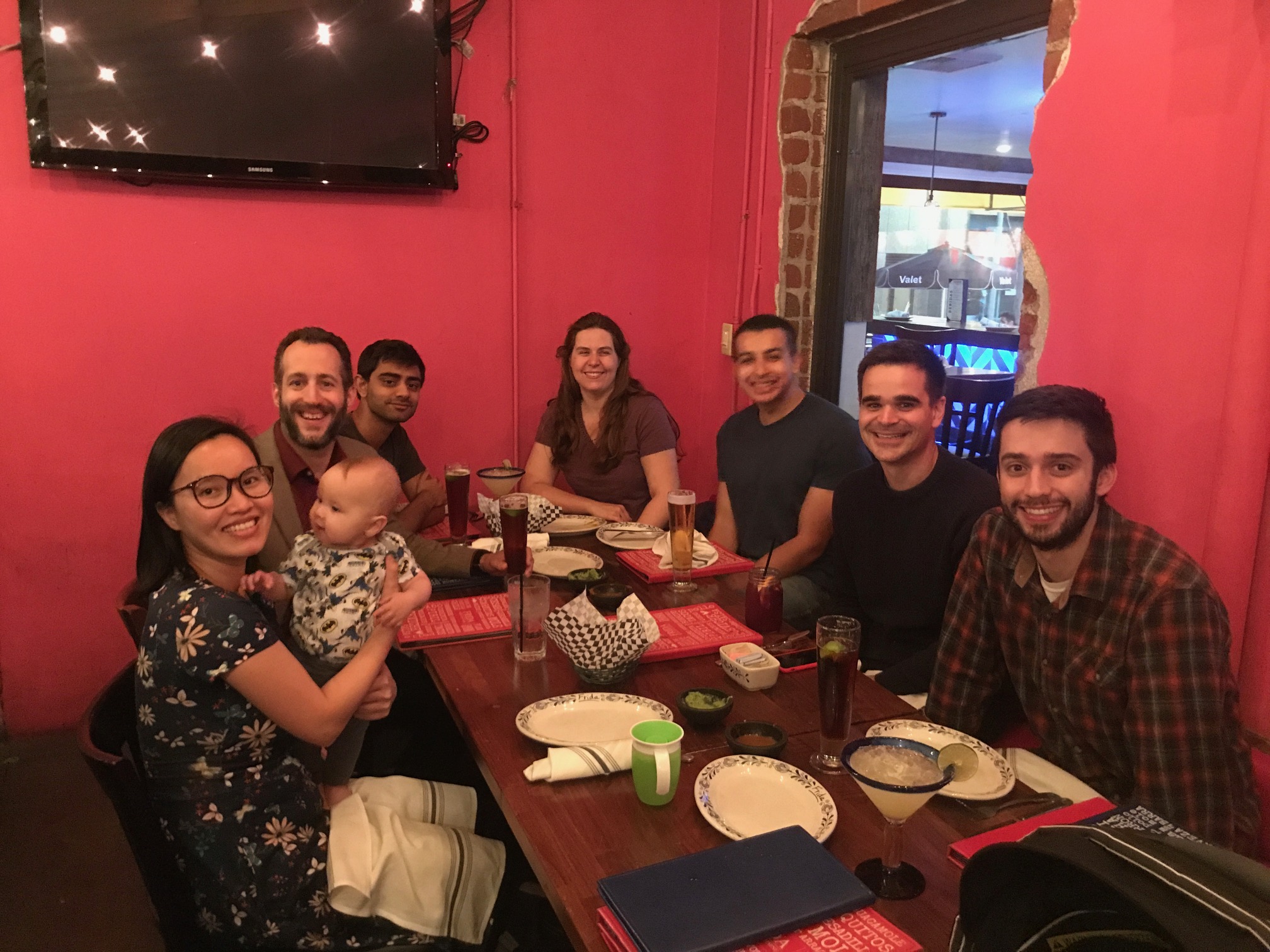 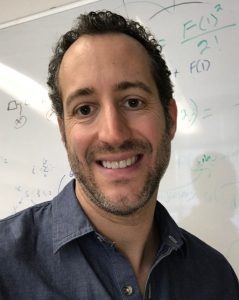 Kirk is a Professor in the Department of Ecology and Evolutionary Biology and the Department of Human Genetics at UCLA. He is broadly interested in evolutionary and population genetics and genomics. Prior to joining the faculty at UCLA in 2013, he was a Miller Fellow at UC Berkeley where he worked with Rasmus Nielsen. Kirk received his PhD from Cornell University where he worked with Andy Clark and Carlos Bustamante. 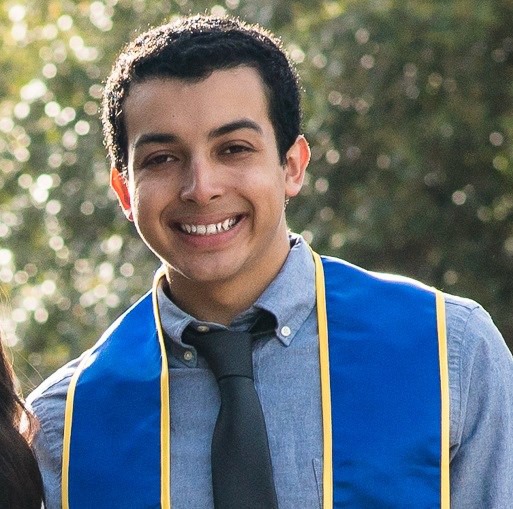 Jesse is a PhD student in the Bioinformatics program. His interests focus on population genomics and conservation biology. He is currently working on examining how purifying selection affects patterns of linkage disequilibrium across the human genome. Jesse has been an undergraduate researcher in the Lohmueller Lab. 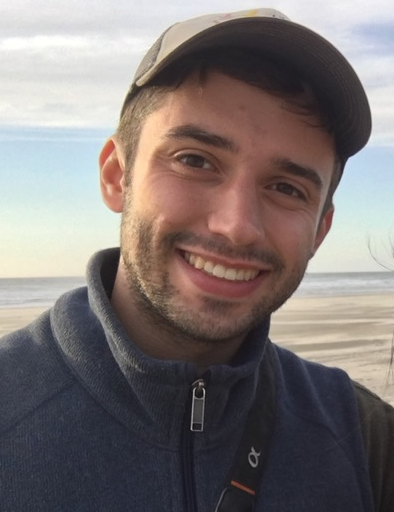 Chris is a PhD student in Ecology and Evolutionary Biology co-advised by Kirk and Robert Wayne. He is broadly interested in evolutionary and conservation genomics and is working on several projects investigating the genomic consequences of inbreeding and small population size in wild mammal populations and using simulations. Prior to coming to UCLA, Chris obtained a B.S. in Biological Sciences from the University of Chicago where he researched patterns of evolutionary diversification in birds and mammals from the Philippines and Madagascar. 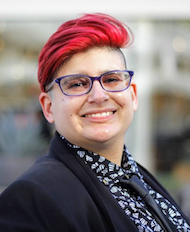 Tina Del Carpio (pronouns: they/them) began their PhD in the fall of 2017 in Ecology and Evolutionary Biology. They joined the Lohmueller lab in 2019. Tina’s research reflects their interests in both genetics and improving graduate education. They are estimating recombination rates in North American gray wolf populations and breed dogs to investigate how domestication has influenced the evolution of recombination rates. They are inferring recombination rates using both population linkage disequilibrium (LD) based methods and pedigree based methods. Tina is also studying the impact of UCLA’s Competitive Edge bridge program for new doctoral students from underrepresented minority (URM) backgrounds. They hope to learn the strengths and areas of growth of the Competitive Edge program to improve URM student experiences and retention at UCLA. After completing their PhD, Tina plans to pursue a career working with STEM graduate programs to improve equity, diversity, and inclusion. 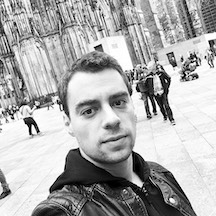 Gustavo joined the Lohmueller lab in October 2019. He is broadly interested in gene expression and population genomics, using a combination of statistical modeling and data analyses to study evolutionary biology. During his PhD with Julien Dutheil, Gustavo develop the iSMC framework to infer recombination and mutation rates along the genome. His work with Kirk Lohmueller concerns the Distribution of Fitness effects. His main project focuses on short-term purifying selection using family trios. 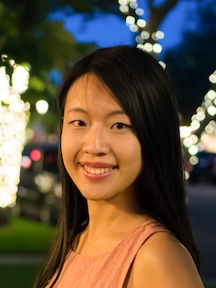 Jun joined the Lohmueller lab in February 2019. Previously, she was a postdoc with Emilia Huerta-Sanchez at UC Merced, and she obtained her PhD in Anthropology at UC Davis. Jun’s research lies at the intersection of empirical population genetics and statistical methods development, where she is particularly interested in the dynamics between admixture and selection. Jun is currently working on developing machine learning-based method to detect adaptive introgression, using extensive simulations to understand the influence of deleterious variants on the signals of positive selection, and the inference of dominance on the human genome. 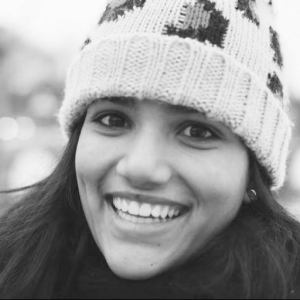 Izabel joined the Lohmueller lab in November 2020. She is interested in using comparative genomics to deepen our understanding of the evolutionary mechanisms that give rise to and maintain genetic variation. During her Ph.D. at Aarhus University, working with Mikkel Schierup, Izabel investigated the rate of horizontal gene transfer among sympatric species of the genus Rhizobium, as well as the impact of homologous recombination on adaptive evolution within these species. During her stay abroad at Przeworski’s lab(Columbia University), she studied the evolution and co-evolution of PRDM9-directed recombination gene across vertebrates. For her Postdoc, Izabel is investigating the distribution of fitness effects on noncoding regions and on genes that respond to environmental shifts in humans. 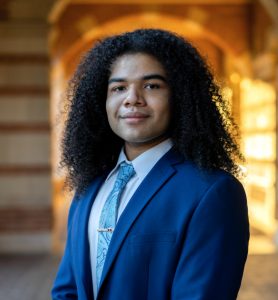 Pedro is an undergraduate fourth-year who is majoring in Biology. He is currently helping his mentor Tina Del Carpio simulate the demographic histories of canid populations to determine if demography has influenced the recombination landscape of the domesticated dog. Outside of the lab, Pedro is a pre-medical student who is interested in eventually becoming a reconstructive surgeon. His hobbies include drawing, photography, calisthenics, bike riding, and video games.

Annabel Beichman Annabel was a PhD student in EEB, co-advised by Kirk Lohmueller and Robert Wayne. She is currently a postdoc at the University of Washington with Kelley Harris.She is interested in using population genetics to investigate the effects of severe population bottlenecks on the sea otter genome, including changes in genome-wide diversity and the accumulation of harmful mutations. She is also working to estimate the demographic history of human populations using a coalescent approach and is investigating the effects of environmental pollutants on the gene expression of long-beaked common dolphins. Her past research includes using next-generation sequencing to investigate the baleen whale gut microbiome and surveying adaptive variation in purple sea urchins across the California coast.

Jazlyn MooneyJazlyn was a PhD student in the Genetics and Genomics program. She is currently a postdoc at Stanford University with Noah Rosenberg. She is interested in implementing techniques from evolutionary anthropology, population genetics, and bioinformatics to examine patterns of human genetic variation. She studied the relationship between runs of homozygosity in the human genome and the distribution of deleterious variants.

Eduardo Amorim Eduardo was a postdoc in the Lohmueller lab from December 2017-2018. He is currently a postdoc at the Dept of Computational Biology, University of Lausanne and will be starting as an Assistant Professor CalSate Northridge. His scientific interests range across a wide array of topics, including natural selection, mutation rates, ancient DNA, and anthropological genetics. In the lab, his research focuses on understanding the impact of domestication of dogs on the evolution of the distribution of fitness effects (DFE) and mutation rates. Besides that, he is involved in collaborations for the study of the demographic history of European populations, using both ancient and modern human DNA. Previously, Eduardo was a postdoc with Krishna Veeramah (Stony Brook), where he studied Barbarian societies from the Middle Ages in Europe, and before that with Molly Przeworski (Columbia University), where he studied the population genetics of Mendelian diseases in humans and the evolution of substitution rates in primates. Eduardo will be starting as an Assistant Professor at CalState Northridge.

Ying Zhen Ying was a postdoc working jointly with Kirk Lohmueller and Tom Smith and later an Assistant Project Scientist in the Lohmueller lab. Her research focused on using large scale population genetic data to learn about the demographic history and natural selection across a diverse array of non-model taxa from Central Africa. She was also interested in how and why adaptation varies across species. Ying previously was a postdoc with Peter Andolfatto at Princeton University, working on convergent evolution in an herbivore community and evolution of gene expression in Drosophila species. She received her Ph.D. from Kansas State University where she worked with Mark Ungerer on natural variation of freezing tolerance in Arabidopsis Currently Ying is an Assistant Professor at Westlake University, Hangzhou, China.

Clare Marsden Clare joined the Lohmueller lab in September 2013 on a Computational Biosciences Institute Postdoctoral Fellowship in Bioinformatics. Clare was a postdoctoral researcher and later an Assistant Project Scientist in the lab. She was involved in many of the projects in the lab during her time here. Her two main research projects were focused on studying patterns of deleterious variation in canids and forensic genetics. Clare previously was a postdoc at the University of California Davis conducting research into the population genetics and genomics of two African mosquito malaria vectors; Anopheles gambiae s.s. and Anopheles arabiensis. She completed her PhD on the evolutionary and ecological genetics of the endangered African wild dog (Lycaon pictus) at the University of Glasgow. Continuing on her passion for forensic genetics, Clare currently is a forensic DNA analyst at the LAPD crime lab.

Tanya Phung Tanya was a PhD student in the Bioinformatics program. Tanya worked on a variety of projects in the Lohmueller lab including those focused on how natural selection and mutagenic recombination affect genetic variation at neutral sites. She also found evidence of sex-biased demographic processes in dogs and wolves. Lastly, she is leveraging genome-wide association study data to learn about the genetic architecture of complex traits in an evolutionary context. Tanya did a postdoc with Melissa Wilson at ASU and is currently a Bioinformatics Scientist at Ambry Genetics.

Bernard Kim Bernard was a PhD student in the EEB program. He is particularly interested in the distribution of fitness effects (DFE) of new mutations. He developed the FitDadi software package to infer the DFE from large samples. He also worked on several projects pertaining to archaic introgression. Bernard is currently a postdoc with Dmitri Petrov at Stanford.

Christian HuberChristian was a postdoctoral researcher in the Lohmueller lab. Much of his research focused on using whole-genome population sequencing data to infer the distribution of fitness effects (DFE) and dominance coefficients of new mutations in different species. Christian did his master studies in physical anthropology and geometric morphometrics. He then switched to population genetics for his PhD at the Vienna Graduate School of Population Genetics, supervised by Ines Hellmann, Magnus Nordborg and Joachim Hermission. The topic of his thesis was the detection of selective sweeps on top of population structure and background selection, analyzing data from Arabidopsis thaliana and humans. After leaving the lab, he was a ARC Discovery Early Career Researcher Award (DECRA) Fellow at the Australian Centre for Ancient DNA at the University of Adelaide. Christian is currently an Assistant Professor at Penn State.

Diego Ortega Del VecchyoDiego was a PhD student in the Bioinformatics program jointly advised by Kirk and John Novembre. His research focused on exploring how haplotypic linkage disequilibrium patterns are affected by purifying selection. He used the information contained in those patterns to infer the distribution of the strength of negative selection across the human genome. He is currently an Assistant Professor at the National Autonomous University of Mexico.

Charleston ChiangCharleston was a postdoctoral fellow with Kirk and John Novembre at University of Chicago. His research focused on using large scale population genotyping and sequencing data to learn about past population history, detect signals of polygenic selection, and infer mutation rates. He is currently an Assistant Professor in the Center for Genetic Epidemiology at the Keck School of Medicine, USC.

Megan RoytmanMegan was a Bioinformatics rotation student in the Lohmueller lab in spring 2014. She joined the Pasaniuc lab.

Jesse GarciaJesse was an EEB major at UCLA who is interested in population genetics and conservation biology. He also was a student in the UCLA B.I.G. Summer program. He is currently a PhD student in the Bioinformatics Graduate Program at UCLA and has joined the Lohmueller Lab for his PhD.

Norris KhooNorris was a Geology/Paleobiology B.S. Bioinformatics Minor at UCLA. He also was a student in the UCLA B.I.G. Summer program. He worked on analyzing patterns of linked selection in dogs and wolves. Norris currently a MS student in Computer Science at USC.

Maxwell LimMax was a Biology major at UCLA. He is using FitDadi to estimate the DFE for genes undergoing alternative splicing.